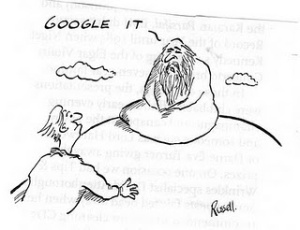 So here they are, The Top 15 Unofficial Golden Rules to Live By…according to your non-guru yogi sister Angela..

1. Say “I Love You” to those you care about as often as possible. Look past the petty stuff and blurt those words out as often as you can muster. You can’t say them enough!

2. Remember to say “Thank You”. Let’s face it, you have it goooooooooood! I mean for one thing you are reading my blog, which is a huuuuuuuuuuge! Jokes aside, gratitude is good for you! When you celebrate your blessings you magnify the pleasure you get from life.

3. You are fallible. Everyone is. Get over it!

4. Believe that good will overcome. It always does. Truth prevails.

5. Don’t burn bridges, you never know when you are going to have to take a stroll down the path you came up on.

6. Forgive others so that you may be forgiven. Hatred towards others is hatred for yourself disguised. Forgive yourself and forgive others. Hatred is heavy. Forgiveness is light. Let go!

7. Make your word your bond. If you don’t honor what you say, neither will anybody else.

8. Don’t play the martyr, because you’re not! Everybody has a cross to bear so carry yours with a smile. You might just inspire someone else to do the same.

9. Let your actions speak of your character instead of your words. Don’t say who you are. Be who you are! People who need to brag about themselves rarely live up to the hype.

10. Nice guys finish first. Sure, there are people who will say this isn’t true, and usually they fall into two categories. 1. People who are’t nice. 2. People who think they are nice but are worried they won’t finish first. Problem is, they are both missing the point. Karma catches up with the first kind and frankly the second kind just don’t get it. Doing the right thing is its on reward, and what comes back to you is simply icing on the cake.

11. Be yourself. It’s your story, tell it how you want to. Be different. Be silly. Be amazing! Do it now, and never look back!

12. Be Happy! If finding joy is not enlightenment then it’s pretty darn close!

13. Love! Love till it hurts, love till your heart breaks, and then do it again. Love unconditionally, love wildly, love  because love is all there is. If love is not the meaning of life, I don’t know what is. Love!

14. Don’t listen to the critics. Believe in yourself. Be your own biggest cheerleader. Just because it hasn’t been done doesn’t mean it can’t!

15. Laugh as often and as much as possible.